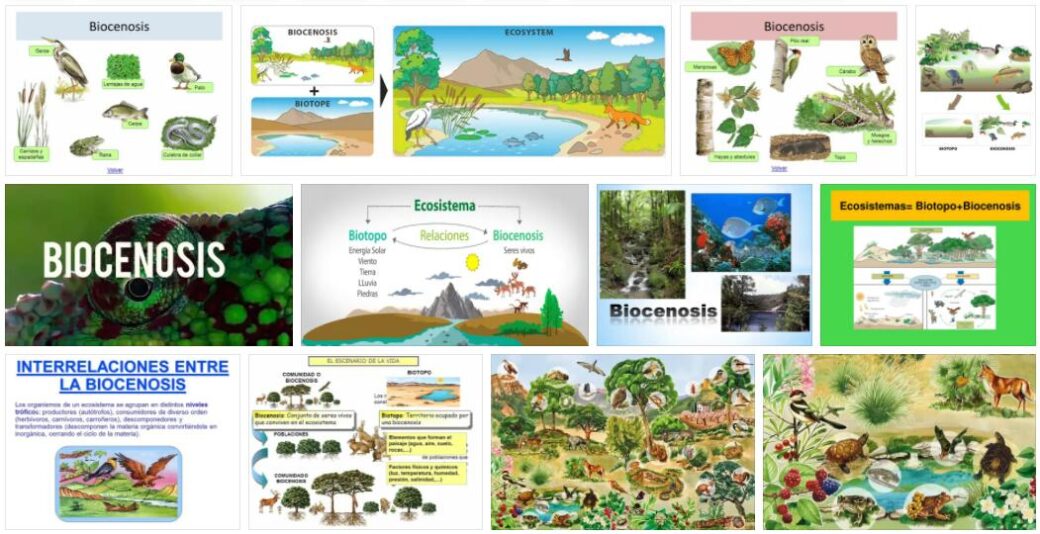 The term biocenosis comes from the scientific Latin biocoenosis, although its etymological root is found in the Greek language. Specifically, it is the result of the sum of several components of the aforementioned Greek language, such as these:
-The noun “bios”, which can be translated as “life”.
-The word “koiné”, which is synonymous with “common”.
-The suffix “-osis”, which is used to indicate “formation”.

The group of living beings of different species that coexist and develop their reproduction in the same biotope is called biocenosis. A biotope, on the other hand, is a place that offers the appropriate environmental conditions for the subsistence of a community of living organisms.

According to DigoPaul, Biocenosis, which can also be called a biotic community, is a grouping of species that live in a certain biotope since it provides the conditions they need for their development. Within the biocenosis it is possible to distinguish between zoocenosis (animals), phytocenosis (plants) and microbiocenosis (microorganisms).

The German Karl Möbius (1825-1908) was the one who coined, in 1877, the concept of biocenosis. Möbius was convinced that the study of living organisms could not focus on individuals, but that it was necessary to analyze the set of beings. All the members of a biocenosis are influenced by common physical factors, such as humidity level and temperature.

Other relevant aspects about biocenosis are the following:
– It is determined that no biocenosis is permanent, although there is no established time rule on how long it lasts without change. Thus, some remain intact for years or centuries and others change abruptly.
-The first changes that take place in the biocenosis are those that respond to the name of microsucessions. And they manifest themselves because they are changes in temperature, humidity, thawing…
-No less important is knowing that all the beings that shape a biological community or biocenosis give rise to a food chain. And we must not forget that they will survive by eating each other.

If the biotope is added to the biocenosis, reference must be made to an ecosystem. Ecosystems, therefore, include living beings that maintain interactions with each other and the terrain where these relationships take place. This terrain also affects the development of living organisms.

When biologists study, through fossil remains, communities that have already become extinct, they speak of paleobiocenosis. 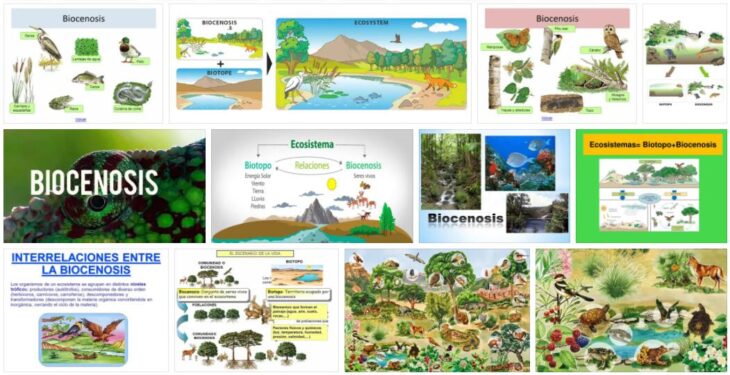